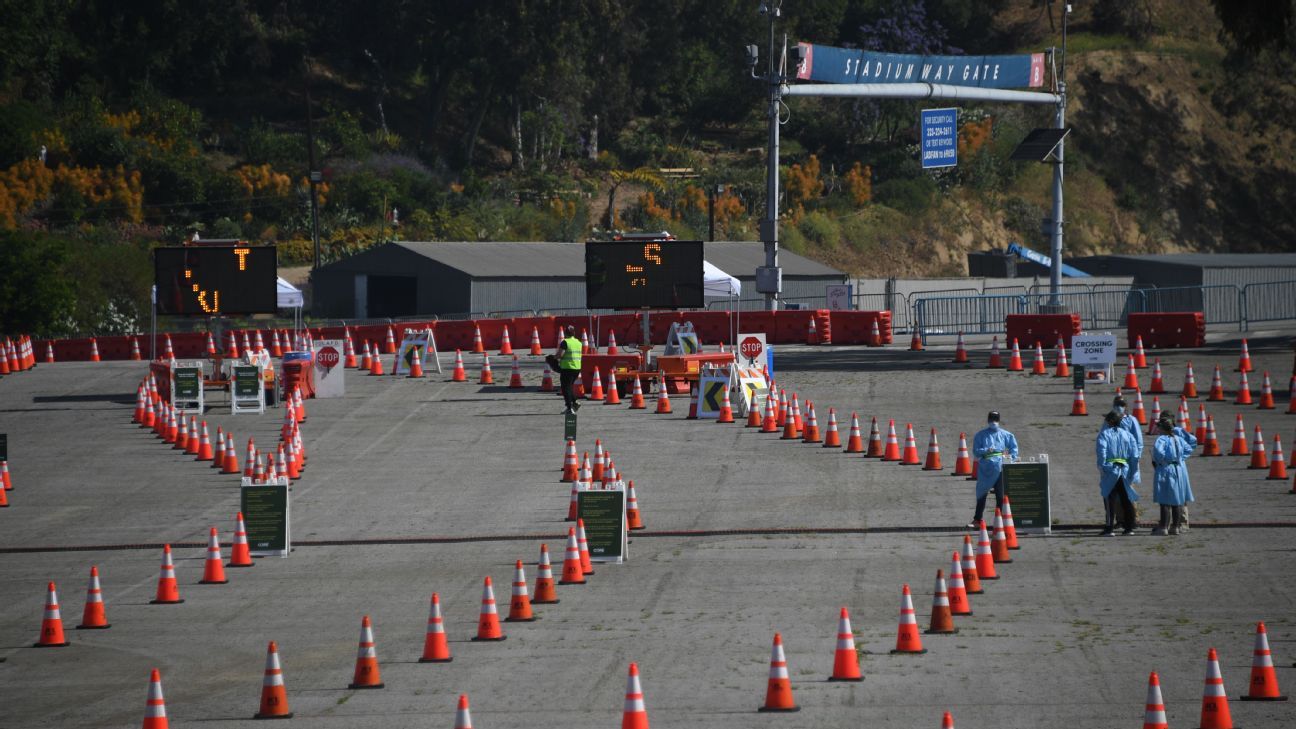 3:43 PM ETAlden GonzalezESPN Staff Writer CloseJoined ESPN in 2016 to cover the Los Angeles Rams
Previously covered the Angels for MLB.comLOS ANGELES — Dodger Stadium, which has hosted nearly 20 million fans over the past five seasons, opened as a coronavirus testing facility that is considered to be the largest in the state of California.The drive-through testing site has the capacity to test 6,000 people daily, Los Angeles Mayor Eric Garcetti said Tuesday from a lectern. Tests will be conducted from the stadium parking lot, with large video monitors explaining the process in hopes of maximizing efficiency.Garcetti worked in collaboration with Dodgers president Stan Kasten and will also partner with the L.A. Fire Department and the nonprofit Community Organized Relief Effort to operate the site.Roughly 60 staff members will be on hand to help, Garcetti said, adding that Los Angeles is now testing an average of 15,000 people a day. Dodger Stadium’s testing capacity is three times greater than any other site in Los Angeles County.The ballpark is also open to injured Dodgers players for treatment, as is the team’s spring training facility in Phoenix.