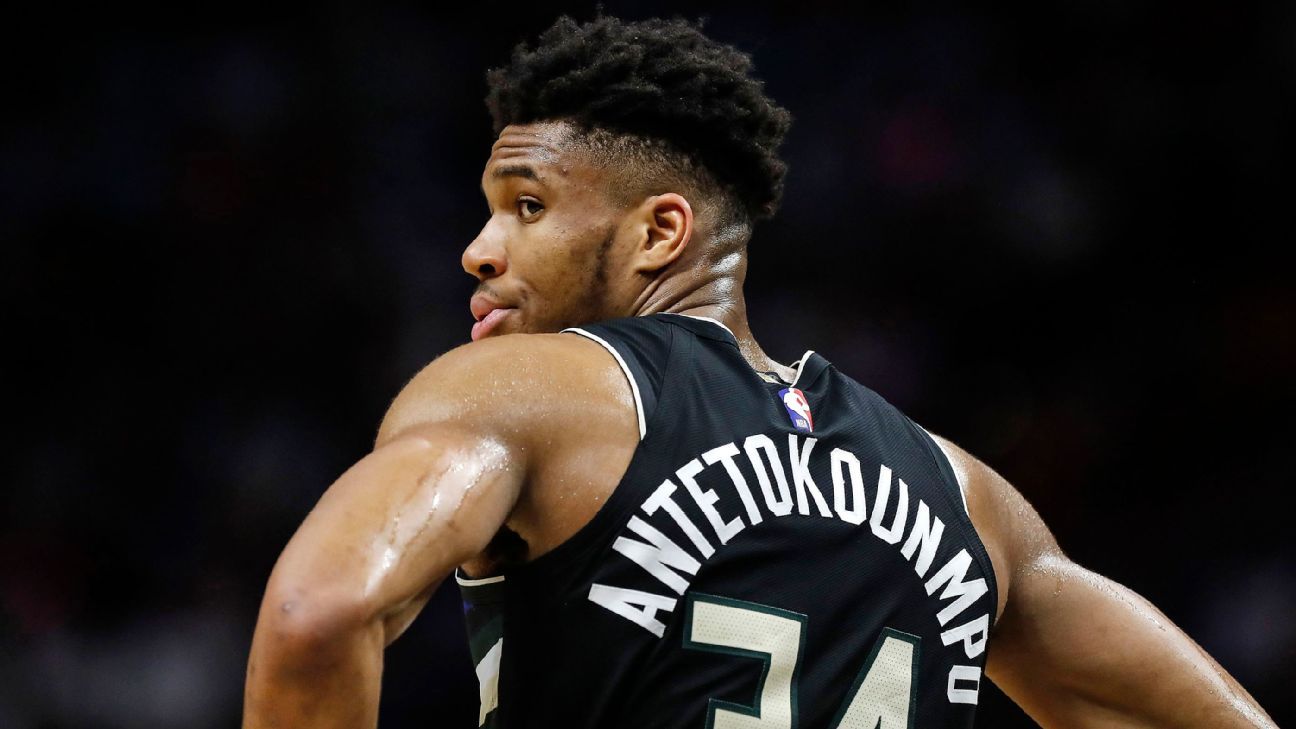 1:44 PM ETEric WoodyardESPN Inside Giannis Antetokounmpo’s Wisconsin home, the reigning MVP has been cooking, cleaning, spending time with family and working out since the NBA suspended its season because of the coronavirus pandemic.What he hasn’t been doing is playing basketball.”So, I don’t have access to hoop,” Antetokounmpo said during a conference call Friday. “A lot of NBA players have a court in their house or something, but now I just get home workouts. Ride the bike, treadmill, lift weights and pretty much stay sharp that way, but I don’t play basketball.”His All-Star teammate Khris Middleton can certainly relate.”Since the practice facility is closed down, I don’t have any access to a basketball goal unless I go to one of my neighbors’ house to shoot outside,” Middleton said. “It’s really no basketball for me. Basically, like Giannis said, it’s the treadmill, the jump rope, some weights and that’s it. I have a couple of basketballs I can just dribble in my house or outside but no actual goal to go shoot on.”With the Bucks holding an NBA-best 53-12 record, the organization continues to operate as if the season will resume. Players communicate through a group chat.Bucks coach Mike Budenholzer and general manager Jon Horst are keeping players focused on improving every day in some way. Part of that includes consistent interaction with Bucks director of performance Troy Flanagan, who is working with the staff to keep players on track.”So, obviously, they give us bands, a bike,” Antetokounmpo said. “They provide us with workouts that we can do at home and also provide us with food. They have a catering company that brings us food for us and our families in the house.”That’s pretty much it,” he continued. “We’re supposed to stay home, do our workouts, take care of our bodies at home, and that’s pretty much it.”Most of the players are following those orders, except Eric Bledsoe occasionally.”I’m just waking up like I’m going to practice every day,” Bledsoe said. “Waking up around 9 o’clock. I’ve been doing weird stuff like going to the grocery store. Stuff that I don’t normally do. I actually cooked this morning.”That’s a lie,” Middleton interrupted to scold Bledsoe. “You’re not supposed to go to the grocery store, Bled.””I cooked this morning,” Bledsoe continued. “I don’t know how it tasted, but my daughter ate it. I hope she doesn’t feel sick. It’s been fine with the sleep pattern or whatnot.”Although there’s still no timetable on a possible return, Antetokounmpo is confident that the league will make the best decision in coming up with a plan, as he’s staying ready even without actually playing.”Spending time with your family is great,” Antetokounmpo said. “We don’t get to do that a lot during the season, but at the end of the day, I know everybody in this group misses basketball. Everybody on the team misses playing basketball.”