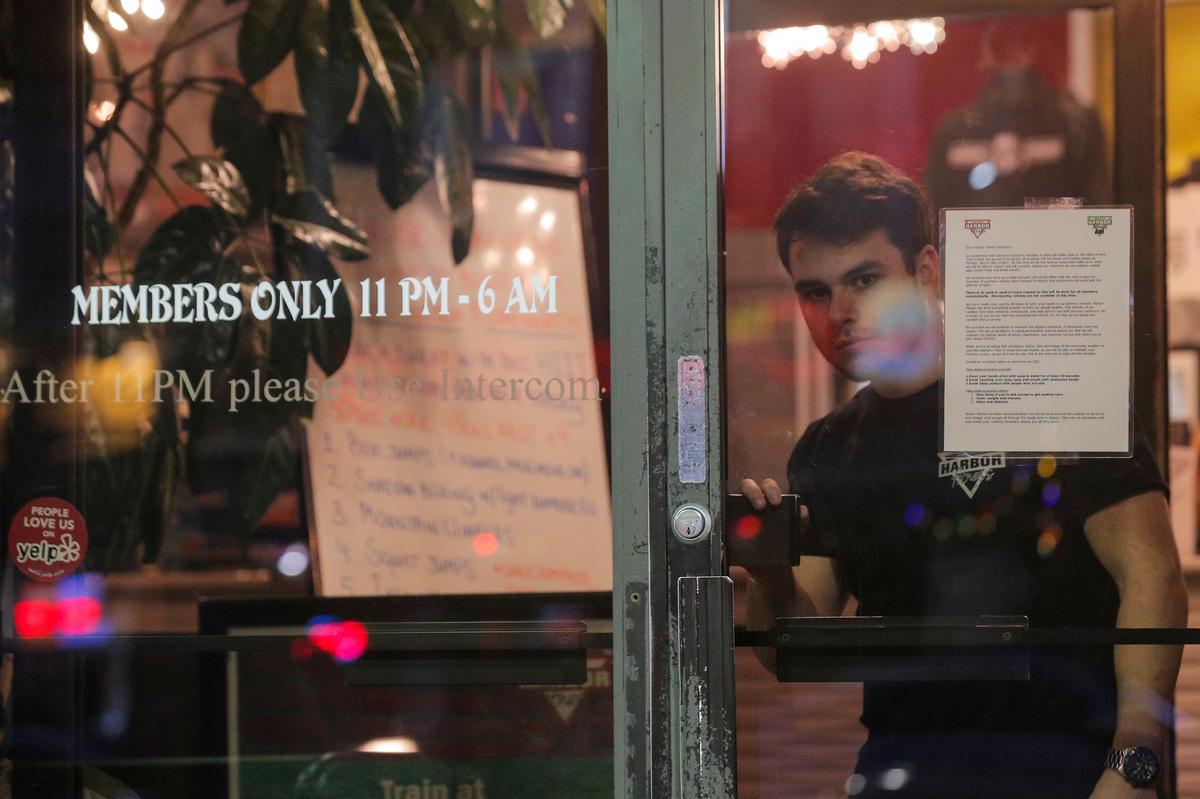 OAKLAND, Calif. (Reuters) – Kat Volpe laid out an exercise mat and tried to sync her iPhone with her big screen TV for a fitness class webcast on Instagram last week during New York’s coronavirus lockdown. FILE PHOTO: An employee exits Harbor Fitness, following the citywide order to close gyms in the wake of the outbreak of coronavirus (COVID-19), in the Brooklyn borough of New York, U.S., March 16, 2020. REUTERS/Brendan McDermid/File PhotoBut the popular app is incompatible with Google’s Chromecast TV-plugin device which is remote controlled with a smartphone or computer. As stay-at-home orders push workouts, concerts and even happy hours online, Volpe and other consumers are finding that some of the most popular services do not work with products from rivals. Apps with surging demand for live streaming such as Zoom Video Communications Inc (ZM.O) and Facebook Inc’s (FB.O) Instagram are among major holdouts in adopting the phone-to-TV casting technology from Alphabet Inc’s (GOOGL.O) Google. Others lacking Chromecast support include Apple Inc’s (AAPL.O) Apple TV+ subscription video service, Twitter Inc’s (TWTR.N) video offering and Bytedance’s video entertainment app TikTok. “There’s a lot of instances where the bigger tech companies don’t want to integrate with products from other tech companies,” said Nadia Gilani, who gave up on a workout when she could not get Instagram to cast to her TV. Such narrow limits are a disservice to consumers, said Gilani, 26, a tech worker in Vancouver, British Columbia. “It’s a business-minded and not a socially minded way of operating.” Facebook is exploring putting livestreams on a website which would work with Chromecast if

accessed on Google’s Chrome browser on a PC. TikTok is considering Chromecast support. Zoom has no such plans but users who pay for its Zoom Rooms software can use its proprietary casting technology. Apple declined to comment, but it partners with many TV makers directly to allow beaming video from iPhones. Online video services are fighting for subscribers and advertisers, and those not supporting Chromecast may want customers to buy additional products from them. Apple, for instance, sells a device that also makes apps viewable on TV. Reluctance to share more data with Google could be a factor as well. Google said Chromecast usage rose in recent weeks versus a year ago and that the company continually encourages apps to adopt its free casting software. Consumer outcry has forced some changes. A year ago, Google agreed to make YouTube available on Amazon.com Inc’s (AMZN.O) Fire devices, and Amazon’s Prime Video app started working with Chromecast devices. Volpe, the New Yorker live streaming a workout on Instagram from Barry’s Bootcamp, said she ended up grabbing her iPhone every couple of minutes to learn each new exercise because it would not prop up anywhere. “The set-up was a hot mess,” she said. Volpe has turned to recorded workouts on Google’s YouTube “just because that’s so much easier,” she said, as it works flawlessly with Google’s Chromecast. Reporting by Paresh Dave; Additional reporting by Stephen Nellis; Editing by Greg Mitchell and Richard Chang
Read More
Advertisement